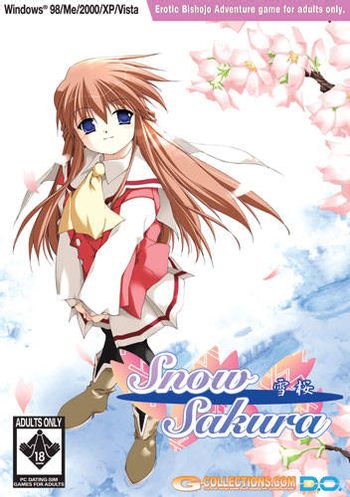 Snow Sakura is a visual novel by Digital Objet, company behind Kana: Little Sister, telling the story of young Yuuji Tajibana, who is forced to live with his uncle and Saki, his very wild cousin, after his parents left to work in Hawaii. Trying to come to terms with his new live in this snowy and cold world, he comes across a very illustrious group of girls and his new "best friend" Sumiyoshi and starts to find both happiness and love in this new place.