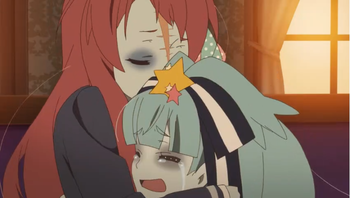 Sometimes even zombies could do with a hug.
It's not easy, being green... or grayish blue, as the case may be in Zombie Land Saga.In General