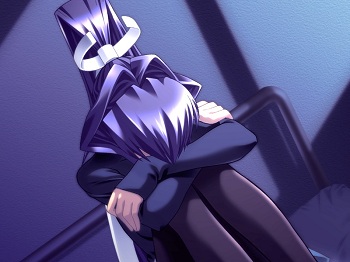 You'll be feeling the same way as Meiya, too.

As an Utsuge, the Muv-Luv series of Visual Novels has a lot of scenes which can have you getting teary-eyed, at the least. Especially with Alternative, you'll shed tears, rage and salute, most likely all at the same time.