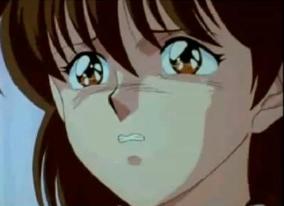 If you heard a very broken guy tell you and your friends exactly why he's broken, you'd cry too.
YuYu Hakusho has a great deal of Tear Jerker moments. What do you expect from a show that deals with the afterlife, and begins with the hero being a corpse?
Advertisement: