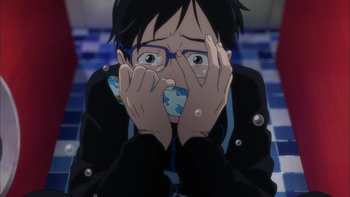 "I'm sorry. I messed up."
Advertisement:

Despite being generally upbeat, Yuri!!! on Ice does melancholy particularly well.