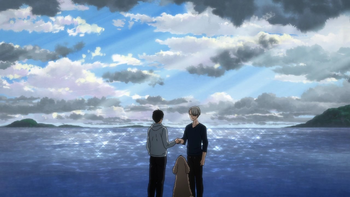 "When I open up, he meets me where I am."
Advertisement:

Just as the Ship Tease increases with each episode, so does the anime's emotional impact.