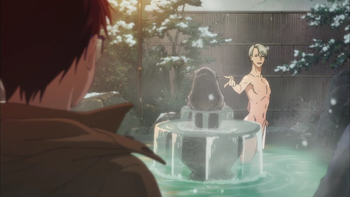 This is how they first met. No, seriously. Well, kinda.
Advertisement: