Nobody Touches the Hair 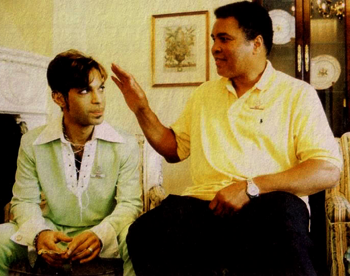 "No."
"Listen, man! You can threaten me all you like, but let's get one thing straight; nobody, but nobody f*cks with the hair!"
— Yami, Yu-Gi-Oh! The Abridged Series
Advertisement:

A specific type of Berserk Button, this character is extremely defensive about their hair and will quickly become angry if it is messed up or damaged in some way. Often used to indicate the character is at least somewhat vain as hair is often seen as similar to a peacock's tail—a display—and so it is a very easy symbol for vanity in general. Often played for comedy, expect these characters to have very outlandish styles.

If it is Played for Drama, expect sexual abuse and/or assault to be a major element in their backstory, possibly including being dragged By the Hair.

Compare Not in the Face!

Princess Vespa becomes trigger-happy after her hair is shot

Princess Vespa becomes trigger-happy after her hair is shot