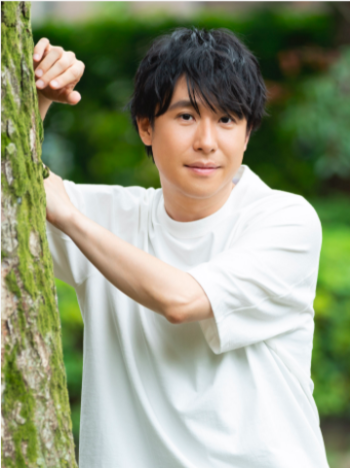 Mind if I describe Kenichi Suzumura here? I CAN'T HEAR YOU! TENSION MAX!

Kenichi Suzumura (born September 12, 1974) is a veteran seiyuu known for his youthful, brash-sounding voice, which even in his mid-40s makes him quite fit for voicing young boys whose most notable trait is either being a jerkass, or just rowdy and rude. Unfortunately, the characters he voiced seems to have very bad luck.

He is best friends with Takahiro Sakurai (the two have formed a singing duo named R16) and has a good relationship with Soichiro Hoshi (how's that for irony, SEED fans?). Also, had a short semi-romantic relationship with Hitomi Nabatame. He also has romantic connections to Maaya Sakamoto's characters in a few series, which became an official romance resulting in marriage with Maaya, finalized August 8, 2011. Congratulations to them both!

He is the founder and representative of his own voice acting agency named "INTENTION", founded in March 2012. The agency also hosts talent such as the aforementioned Sakurai, Nao Tōyama, and most recently Yūichi Nakamura, among others. Not to mention, he's also a singer-songwriter, debuting under Lantis in 2008.