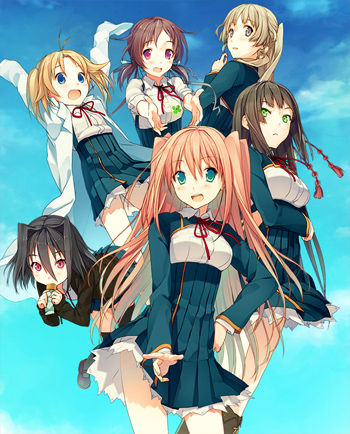 An adult Visual Novel released in 2010 by the relatively new company Sprite. It features artwork by Akinashi Yuu, music by I've Sound, and an all-star voice cast. An all-ages PSP version of the game was released in September 2012, as well as an anime adaptation that started airing as a part of the summer season of 2012.