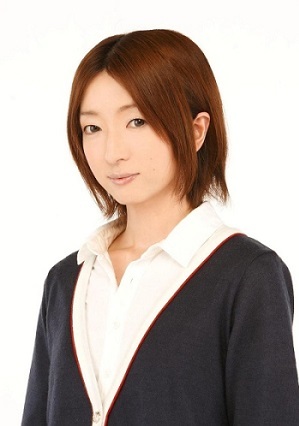 Hey! Listen!
"Death in anime, compared to death in real life, is a wholly different concept. In anime, a character only truly dies when treated like thin air. Rather than people asking "who's she again," being remembered is better."
—An excerpt of Mizuhashi-san's interview in Kirara Magica magazine. note About Mami Tomoe's early, horrid and yet utterly memetic death.
Advertisement:

THIS IS THE DESCRIPTION OF THE GREAT SEIYUU OVERLORD KAORI MIZUHASHI!!

Kaori Mizuhashi (born August 28, 1974) is a seiyū who is employed by Arts Vision. Her debut was in 1998 with the game First Kiss Story. She is particularly well-known in the Nippon Ichi fandom due to providing her voice for either a main character or a supporting character in almost every Nippon Ichi game starting with La Pucelle, the most notable being Laharl from Disgaea: Hour of Darkness. It seems that her English counterpart in terms of number of appearances in Nippon Ichi games would be Michelle Ruff.

Not to be confused with Kaoru Mizuhara.