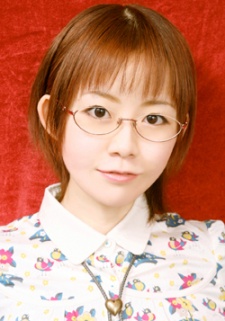 Mai Kadowaki (born September 8, 1980) is a seiyuu born in 1980 whose roles are usually the Token Mini-Moe or sometimes its male counterpart. She also had a tendency to voice girls with glasses which makes sense as she is one herself.

Was married and gave birth to a boy on December 1, 2013. In November 2018, a post on her blog revealed she had gotten divorced.

Goes by the name 'Anzu Mitsu' for Eroge voiceworks.

These roles of Mai Kadowaki are the strongest in the world! No one can beat them!