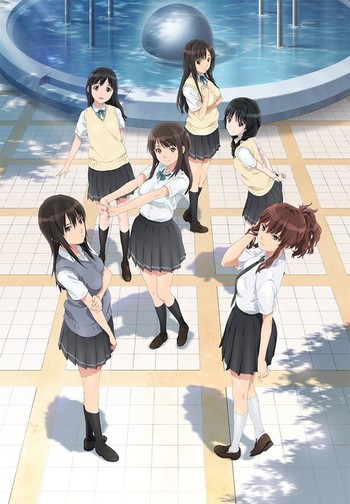 Seiren ("Honest") follows Shouichi Kamita, an Ordinary High-School Student who is faced with impending university entrance exams and worries about what he wants to do as a career. However, through meeting and forming relationships with his various female schoolmates, he might finally stand to find some direction in his life.

An Anime First series that premiered in January 2017, Seiren is the sequel to Amagami, and shares its predecessor's omnibus format, with each female romantic interest receiving a dedicated 4 episode arc. Like Amagami, Seiren is set at Kibitou High, albeit nine years after the previous series. The anime has arcs for Hikari Tsuneki, Toru Miyamae, and Kyouko Touno. Arcs for Miu Hiyama, Makoto Kamizaki, and Ruise Sanjyou are planned for release at a later date.