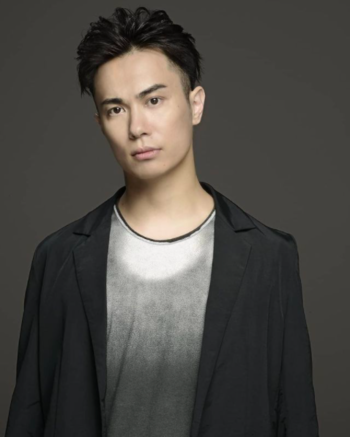 Tatsuhisa Suzuki is a male Japanese voice actor and singer from Okazaki, Japan, born on November 11, 1983 in Ichikawa, Japan. He tends to mostly voice Bishōnen characters with jerkass characteristics, although most of them turn out to be quite good after all. His main breakout roles in the West were as Takao in Kuroko's Basketball and especially as Makoto Tachibana in Free!, but his most famous role came in 2016 as the voice of Noctis Lucis Caelum in Final Fantasy XV.

He also acts as the main vocalist in the rock band OLDCODEX, who also provides the opening/ending themes of many of the anime he stars in.

Relationship Voice Actor with, among many, Tomoaki Maeno and Yūto Suzuki.

account after years of claiming he would never do so, marking his first foray into English social media networks.

On August 4, 2021, he and LiSA went into a hiatus, citing poor mental and physical health, though it was later revealed that it was because of him having an affair with a fan along with rumored allegations of breaching NDA

; he later issued an apology for his behavior

. While he was confirmed to continue his voice work, he was recast in several of his ongoing roles. His voice acting agency, I'm Enterprise, later announced he was officially off his hiatus and back to regular work as of March 7, 2022.

, OLDCODEX made an official announcement that they would be disbanding after 13 years following the release of Free: The Final Stroke! Part 2's theme song (which they performed) on April 22, 2022. The band's official fanclub and merchandise store shut down in March 2022. The disbanding was completed on May 31, 2022

Tropes relating to Tatsuhisa Suzuki are: