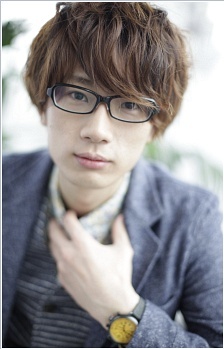 Takuya Eguchi (江口 拓也) is a voice actor affiliated with 81 Produce. He was born on May 22, 1987 in Tokyo, Japan. His characters are mostly teenage boys of the Nice Guy variety, often with Determinator qualities. Quite a few of his main roles happen to be blue-eyed blonds.