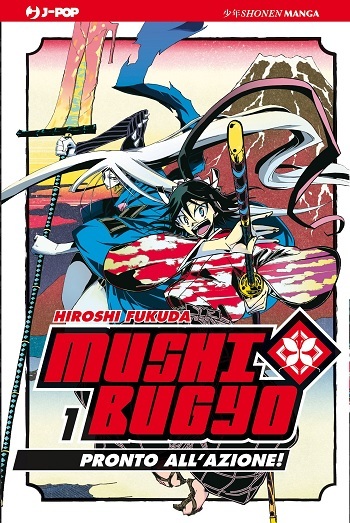 Tsukishima Jinbei is a warrior who aims to be the best, under the belief that a weak warrior isn't a warrior at all. His father was scouted out by a representative to join the Mushibugyou and told to go to Edo with the instructions that he'd know what to do once he got there. Shortly after arriving at Edo, he hears a scream and goes to check it out... to find a giant spider-like creature devouring some citizens of Edo. Being a warrior, there's no way he could stand this...

Mushibugyō (ムシブギョー?) is a manga series written and illustrated by Hiroshi Fukuda, which was serialized in Shonen Sunday Super from 2009 to 2010. Fukuda later made Jōjū Senjin!! Mushibugyō, a retelling of the original series, which ran in Weekly Shonen Sunday from 2011 to 2017. An anime television series adaptation premiered as a part of the Spring 2013 Anime season. It is being simulcasted with English subtitles by Crunchyroll.