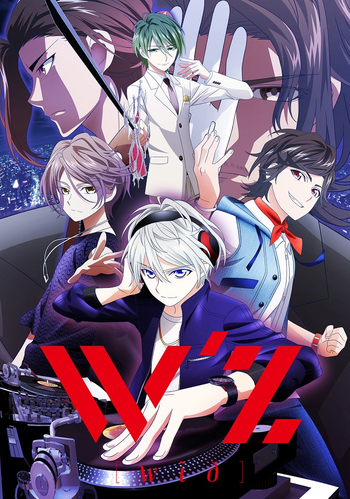 W'z is a 12-Episode Anime by GoHands and a sequel to Hand Shakers. It premiered on January 5th, 2019. Ten years after the events of Hand Shakers, W'z focuses on Yukiya Araki, a middle-schooler who wants to become a DJ. Yukiya is the irregular Hand Shaker and has refrained from touching anyone's hands to avoid bringing them into the Ziggurat, the alternate dimension that serves as the battlefield for all Hand Shakers.
Advertisement:

One evening, while trying to get more views for his music videos, Yukiya and his friend Haruka enter the Ziggurat and inadvertently grab the attention of several Hand Shakers who seek to defeat Yukiya and take his power.