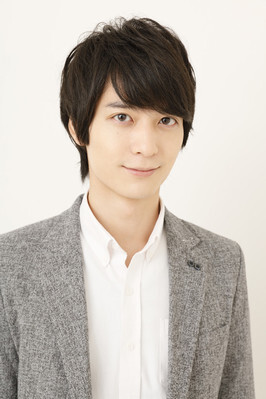 What did you just say?!

Forget that. Yuichiro Umehara was born on March 8, 1991, in Shizuoka prefecture. He's famous for his voice work in Merman In My Tub as the merman Wakasa but his Star-Making Role was En Yufuin of Cute High Earth Defense Club LOVE!. He tends to do Bishōnen types, typically in their teens or their twenties.

He's very chummy with the other four seiyuus of the Earth Defense Club, but notably Kotaro Nishiyama (Epinard/Atsushi). He also snagged a Best New Actor Award

in his 3rd year of professional voice acting.

He took a hiatus for part of 2018 when he was hospitalized after being diagnosed with acute disseminated encephalomyelitis, an autoimmune disease that affects the nervous system, leaving other voice actors to take over his roles at the time.

On the music side of things (aside from the usual idol music), it was revealed on April 1, 2020 that he would be debuting in a band with fellow voice actor Yoshiki Nakajima. The band, Sir Vanity, released their debut single "Vanity/Haruka" on June 26, 2020.

Tropes Associated With Him & His Voice Acting