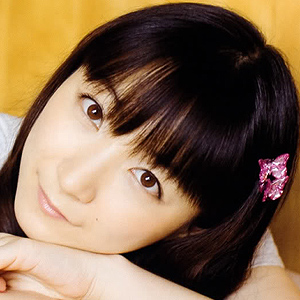 Yui Horie, born in Tokyo on September 20, 1976, is a veteran Japanese voice actress and singer. As a versatile seiyuu, she can play varied roles, from cutesy Hanyuu to Tsundere Naru.

She is also a popular singer and has released several albums from 2000 onwards. She is oftentimes chosen to sing the opening theme, ending theme, and/or an insert song in an anime she stars in.

Of late her roles have "cooled down", and as a rule she has been taking supporting roles with substantially deeper and less genki voices as opposed to playing the spotlight as the heroine these days.

She has also created the virtual idol Miss Monochrome, who got popular enough to have her own anime.

Many of her most popular voice roles tend to be very notable for spamming Verbal Tics non-stop.

Some of her roles include:

I don't know all the tropes, I just know what I know. That's all there is to it.
Au au au... You're intensely mean!