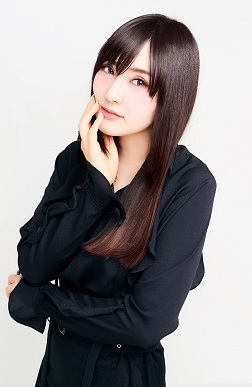 Eri Kitamura (born August 16, 1987) is a seiyu who shot into fame as Saya Otonashi in Blood+. She also sang the third ending theme of Zatch Bell!.

And being an amateur manga artist, she seems to be One of Us.

Lately there's a running joke that characters she voices are cursed to never have a happy ending. This bad luck has spread to Real Life to some extent, when she was attacked via Twitter by the Fan Dumb over a scandal related to the anime Kokoro Connect... which she isn't even cast in. note (She was rumored to be dating the Jerkass producer of that show, which has not been confirmed.)

However not trailing behind is Miyuki Sawashiro.

Her American counterpart is Sarah Williams, as they not only share two roles together, their vocal ranges are relatively similar as well.

I'm such an idiot...
Hmmm..You look like you're a good shape, where do you want to me break you first?