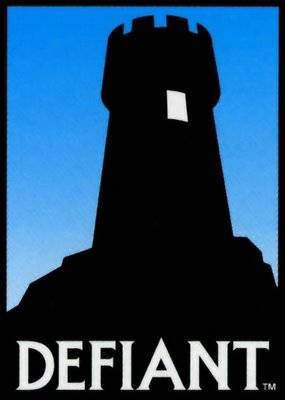 Defiant Comics was a short-lived comic book company founded in 1993 by Jim Shooter, a former editor-in-chief at Marvel Comics and Valiant Comics (as well as a co-founder of the latter), after he was ousted from Valiant; a lot of Defiant's creative staff were people who had followed Shooter from the company. Shooter himself also plotted or wrote some of the books.

Whatever potential the company might have had was cut short when it was hit by a lawsuit from Marvel's British imprint, Marvel UK, over the title of one of their first series, Plasm. At the time, Marvel UK had registered the name "Plasmer" as "intended to use", but hadn't done anything concrete with it yet. Because the names were similar enough that there was a risk that they would be confused with each other, Marvel threatened to sue. Defiant tried to change the title to Warriors of Plasm, but Marvel sued anyway, claiming the title infringed on the Plasmer trademark, and rushed out a Plasmer comic to support their legal case.

Defiant ultimately won the lawsuit, but the legal costs ate up much of the company's capital and held up a merchandising deal with Mattel until it fell apart. As a result, the company was shut down in 1995 while in the middle of its first big crossover, Schism.