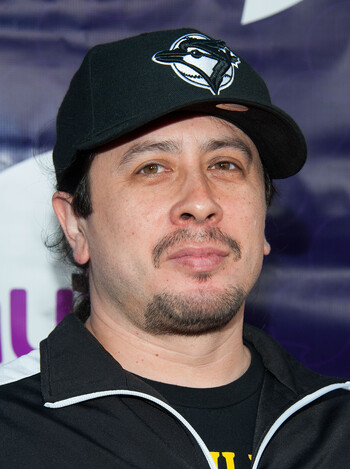 Andrew Kishino (born March 20, 1970 in Toronto, Ontario) is a Canadian-American voice actor and rapper. Some of his major roles are Donnie from the Saints Row games, Saw Gerrera from Star Wars: The Clone Wars, Kevin from Steven Universe, and Janja from The Lion Guard.