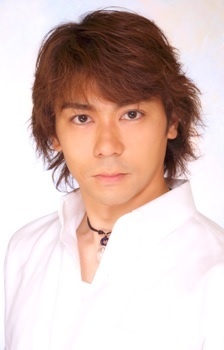 Yuji Kishi (born September 28, 1970) started his career as Kyousuke Jinnai/Red Racer in Gekisou Sentai Carranger. Later, he moved to voice acting, and like his English counterpart in Street Fighter IV (Reuben Langdon), he's mostly being cast as one who is pretty laid back and ready to kick ass any time.

He used to be married with Mika Kikuchi aka Deka Pink, but they unfortunately, for personal reasons, divorced.