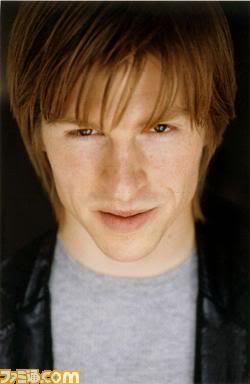 Born July 19, 1975, Reuben Christopher Langdon is an American stunt actor, motion capture actor, voice actor, actor in general and martial artist, primarily based in Los Angeles. His career started back in 1996, where he portrayed Mac Windy/B-Fighter Yanma in B-Fighter Kabuto (the show adapted into Beetleborgs Metallix for American audiences), the 15th entry in the Metal Heroes toku series. Soon afterwards, Langdon would relocate to Hong Kong, where he was lucky enough to work alongside action film greats such as Jackie Chan.

However, it wouldn't be until 2005 that Langdon rose to prominence within the world of voice acting, where he provided both the motion capture and voicework for Dante, the protagonist of the game Devil May Cry 3: Dante's Awakening. You may have heard of it. And the rest, is history.

As such, this makes him one of five voice actors in the series with ties to the Power Rangers franchise. (The other four would be Daniel Southworth—better known to many as Eric Myers, the Quantum Ranger—as Vergil in 3 note Coincidentally, Langdon had two minor roles in the very same season.; Johnny Yong Bosch—Adam Park, the second Black Ranger—as Nero in 4; T.J. Rotolo—the voice of Dark Specter and a stuntman with several bit roles from Lost Galaxy to Wild Force—as Credo in 4; and David de Lautour—RJ, the Jungle Fury Wolf Ranger—as Vergil in DmC.)

Nowadays, it seems that he's been pigeonholed as cocky, if not well-meaning badasses, but those are the roles that his fans deem to be the most appropriate for him.

He is the co-founder, producer, and action director of his own motion capture company, Just Cause Productions

note Langdon himself sometimes goes by the alias of Justin Cause, and is also a member of the California martial arts stunt group ZeroGravity. You might have seen him performing stunts in productions such as The Medallion, Spider-Man 2, Pirates of the Caribbean: At World's End, Avatar, and Scott Pilgrim vs. The World; his resume as a stunt coordinator/performance capture actor reaches far beyond that. As he lived in Japan for five years, Langdon is fluent in Japanese and knows some basic Mandarin Chinese and Cantonese as well. He's been featured in several Japanese commercials,

including a famous and widely popular series of Mentos commercials (a fact that Dan Southworth has ribbed on him for at least once before in the past).

Around 2018, Langdon married Japanese expressionism artist Sui Yumeshima, news he only publicly revealed during the introduction of Devil May Cry 5 at Capcom's panel for the Tokyo Games Show that year, in which she attended while cosplaying as

Hideaki Itsuno himself lampshaded to the audience and fans joyfully noted). Congratulations!