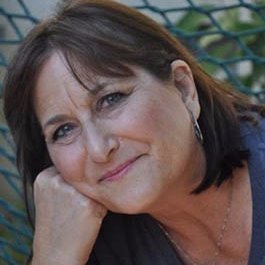 "I'm not a teenager in real life, but I play one on the radio!"
—Katie Leigh, Adventures in Odyssey behind-the-scenes video

Katie Leigh (born December 16, 1958 in Carmel-by-the-Sea, California) is an American voice actress, most active in the 1980s but continuing to play a number of roles today. Her most enduring role, though not her most notable (at least to fans of televised animation), is as the character Connie Kendall on the Christian-themed radio program Adventures in Odyssey.

As far as television is concerned, Katie Leigh is probably best known for her roles as Rowlf the Dog on Muppet Babies and Alex during the first two seasons of Totally Spies!. Her other roles include appearances in the Dungeons & Dragons (1983) animated series as Sheila the Thief, Adventures of the Gummi Bears as Sunni Gummi, My Little Pony 'n Friends in a number of roles, Darkwing Duck, Get Blake! as Skye, Rainbow Butterfly Unicorn Kitty as Athena the owl, and a number of others. She's also done voices in a number of video games, including Grim Fandango and Star Ocean: First Departure. She also voiced Uloo in the 2022 Short Film The Great Wolf Pack: A Call To Adventure by "Great Wolf Entertainment".