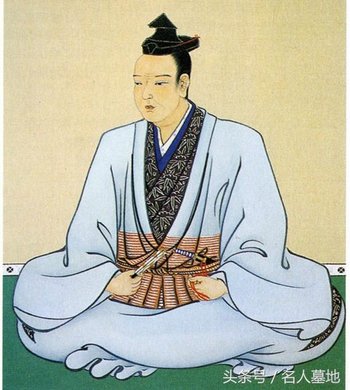 "The enemy is at Honno-ji"
Advertisement:

One of the more well-known names in the Sengoku Period. For good or bad, you decide.

Akechi Hyuga no Kami Mitsuhide (or "Jubei" for a more well-known nickname) was one of the most trusted vassals of Oda Nobunaga. He had served other lords before joining the Oda at the recommendation of Nohime, his childhood friend and Nobunaga's wife. He was talented in arts, excelled in warfare, and was generally a great guy. Too bad for him Nobunaga was a Bad Boss. Mitsuhide suffered insults here and there, ranging from getting yelled at in front of guests to being called "kumquat head". He was also a devout Buddhist and was very troubled when he saw Nobunaga burning down Buddhist temples (and everyone inside) on Mt. Hiei. He tried to endure this all, but he finally snapped after an incident where his mother was killed during a hostage situation gone awry. At this point, Mitsuhide no longer trusted in Nobunaga.

...Or so the popular history goes. Other accounts paint him as a shameless opportunist who tried to suck up to the most powerful lord of the age, yet others claim that he was manipulated into betraying Nobunaga. What is certain is that Mitsuhide was a shrewd politician, a talented governor, and that Nobunaga seemed to favor him a great deal for a good while before their eventual fallout. But everything is cloaked in so much myth and ambiguity, that modern scholars simply don't know why, really, Mitsuhide chose to do the act that made him infamous.

Eventually, Mitsuhide was told to reinforce Hashiba Hideyoshi, who was trying to take down the Mouri clan. Mitsuhide began to comply, but instead struck an unsuspecting Nobunaga at Honnoji Temple (immortalized by the oft-quoted "The enemy is at Honnoji!"), setting the building ablaze. In the end, Mitsuhide seized power from Nobunaga, who was Driven to Suicide along with his heir and many faithful retainers.

Mitsuhide tried to appeal to the other lords, but no clans would support him, either because they didn't trust him, or because they saw more potential in the other contenders for Nobunaga's legacy (Nobunaga's son Nobutaka, Hashiba Hideyoshi, and Tokugawa Ieyasu). Not even the Hosokawa clan, who were linked to him through marriage with his daughter, Tama, (later known as Gracia), would lend assistance.

To at least solidify his rule, Mitsuhide resorted to drastic and ruthless thing, hunting down any descendants of Nobunaga and killing them, and in addition almost ended the life of Tokugawa Ieyasu, one of Nobunaga's staunchest allies, when he was isolated far from his home. Unfortunately for Mitsuhide, Ieyasu had Hattori Hanzo in his entourage and they slipped Mitsuhide's attention by sneaking through the Iga province with Hanzo's guidance.

Mitsuhide's reign came to an end in merely 13 days after Nobunaga's death; one of the letters he sent to demand subjugation was intercepted by Hideyoshi's men, who informed Hideyoshi what happened while he was in the middle of campaign against the Western Mouri clan. He put the campaign on halt, and blitzed his way back to the capital, reaching Yamazaki in enormous speed and defeating the unprepared Mitsuhide in battle there. Mitsuhide retreated but was killed by a group of peasants. There were rumors that Mitsuhide didn't die, but instead retired, and later resurfaced as an influential monk named Nankoubou Tenkai, who went on to become an influential advisor to ironically Tokugawa Ieyasu, a case of great Irony if they were the same person, since previously Mitsuhide tried to have Ieyasu killed in Iga.

His actions had an effect towards his surviving family, his daughter Tama, where she became ostracized due to being considered the daughter of a traitor. She ended up taking a low profile, protected by her husband Hosokawa Tadaoki. Eventually she entered Christianity thanks to some contact and help from the Christian Samurai Dom Justo Takayama Ukon and bore the name she's most famous for: Hosokawa Gracia. She rose to prominence later when during the onset of the Battle of Sekigahara, Ishida Mitsunari took her and several nobles as hostages to coax people to sign up to the Western Army. Gracia wouldn't let that happen, however, according to many historians: normally she would commit seppuku for that, however, since Christianity forbid self-inflicted suicide, she used another option: telling her retainer Shousei Ogasawara that in any case she had to take her life, said retainer should be the one taking it. Thus said retainer did as she asked, later burning the house she resided and commiting seppuku too. Apparently, even if she's the daughter of Mitsuhide the traitor, her death caused enough uproar that Mitsunari quickly lost popularity and Tadaoki, enraged at this, ended up signing for the Eastern Army under Tokugawa Ieyasu instead.

Opinions about Mitsuhide vary to this day, and can be split into two main camps. One camp sees Mitsuhide as being justified in his betrayal, often giving Nobunaga a Historical Villain Upgrade, and in turn they promote Mitsuhide to the Lovable Traitor. The other camp sees him as a disgrace to samurai and claim that he prolonged the war by halting Nobunaga's unification of the country. This camp might describe him as the Judas Iscariot of the Sengoku era (despite the fact that Nobunaga himself isn't exactly Jesus Christ material.) Contrary to that, however, Gracia is squarely praised as 'sympathetic' on both sides, and even on both camps of Eastern-Western supporters in Sekigahara.

While he was not a very prominent daimyo, Mitsuhide remains a popular figure in Jidaigeki, partly because he single-handedly defeated the single greatest power of his time, and partly because to this day no one really knows why. Recent historical and documentary discoveries, however, are beginning to suggest his actions were in fact long-in-coming, and that events in the lead-up to Honno-ji were in fact premeditated and intentional.note The evidence being pointed to here are a stash of letters claimed to be written by Mitsuhide, which include, among others, a) correspondence with the Chosokabe of Tosa

, who were enemies of Nobunaga; b) correspondence immediately after Honno-ji to his former master Ashikaga Yoshiaki

, the deposed shogun, which means his actions were on his behalf.

References to Mitsuhide appear in the following works: