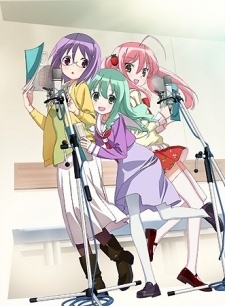 Plug In! To Your Ears!
Futaba: I always thought the work of a seiyuu was more like a dream.
Hikari: The audience sees the dream. We show them that dream.
Advertisement: