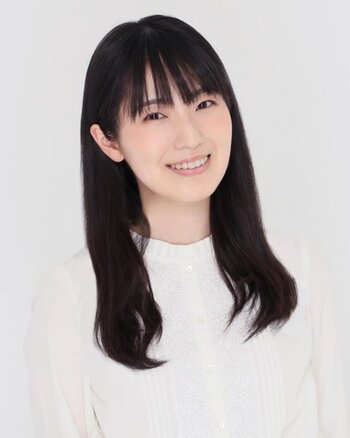 Yui Ishikawa (石川由依), born on May 30, 1989, is a seiyuu from Hyogo. She debuted in 2007 in Heroic Age but remained an obscure figure until she landed the role of Mikasa Ackermann in 2013.

She tends to voice women with kuudere personalities or stoic action girls.

Confusingly, there also happens to be a swimsuit model named Yui Ishikawa. The two are not related. She is also not related to fellow voice actors Hideo Ishikawa and Kaito Ishikawa.

On her 32nd birthday in 2021, she announced she would be getting married to a longtime boyfriend who is not part of the entertainment industry.