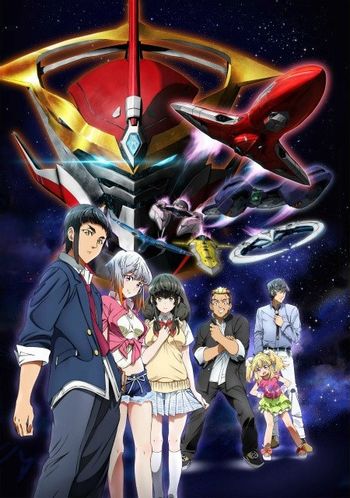 Aquarion Logos is the third installment of the Aquarion franchise, released in 2015. Unlike its predecessor Aquarion Evol, Logos takes place in its own unique universe unrelated to the previous works.

Once upon a time, human voices had defined the true nature of all things, yet the invention of text changed the status quo, while creating a "Logos World" between the voice and the truth. Millennia have passed since then, advancements of civilizations have made the "Logos World" too big to control "texts." A group of young people dedicate themselves to counter chaotic "texts" with "Creative Voice Power," and among them, a boy named Akira Kaibuki living in Asagaya.