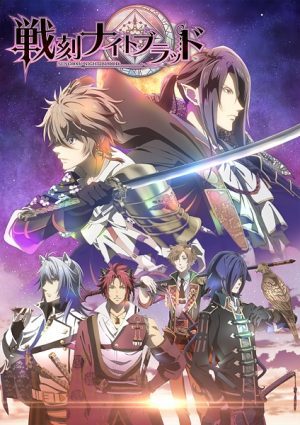 Sengoku Night Blood, or SenBura is a fantasy Otome Game released by Idea Factory, Marvelous and KADOKAWA in May 2017.

In a fantastic realm of vampires and werewolves, peace was protected by a legendary priestess simply known as "Himemiko", until she mysteriously and suddenly vanished. In her absence, six different factions, each led by its own samurai warlord, wage war to unite the land under their own banner. Things change when a girl (unnamed in the game, Yuzuki in the anime) from the modern world is suddenly transported into this new land. The six warlords take interest in this new arrival, for she bears mysterious magical power to the land acquainted to the warring factions in order to bring peace to the land and hopefully return home. Oh wait, now doesn't this sound familiar…

An anime adaptation premiered in October 3, 2017, making it part of the Fall 2017 Anime lineup, for a twelve-episode order.