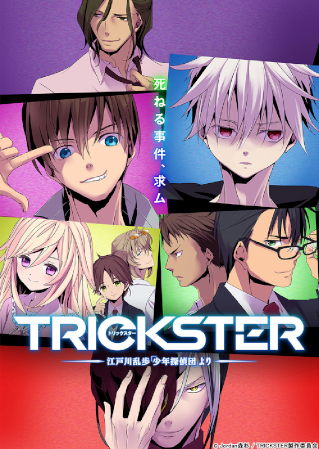 It is the 2030s. Kogorou Akechi, a mysterious detective, and his Boy Detectives Club have solved a number of cases and incidents. One day a club member named Kensuke Hanasaki meets Yoshio Kobayashi, a mysterious immortal boy who wishes to die, and invites him to the club while promising to find a way to kill him. Meanwhile, Akechi chases after the criminal nicknamed the "Fiend with Twenty Faces". The fate of the two begins to move...

The show is airing as a part of the slate of Fall 2016 Anime and is licensed by Funimation.