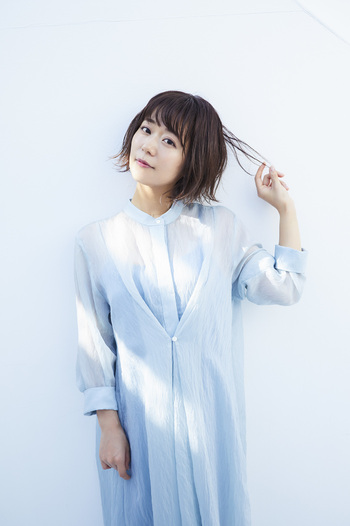 Yuka Iguchi (born July 11, 1988) is a seiyuu from Tokyo. She had her first major role in Di Gi Charat, and her first starring role was in Idolmaster: Xenoglossia, but has recently gained popularity as the titular Index. She doesn't really have a character type pinned down yet, but many of them seem to be temperamental young girls. She hosted a radio show a while back entitled Yuka Iguchi no Cho Raji! Girls, and recently started up a new one called Iguchi Yuka no Mu~~~n ⊂（ ＾ω＾）⊃.

Can Humans even list my roles at Six O'Clock in the morning?

TOUMA! TOUMA!
Atama ni kimashita. Don't put me together with that boy.