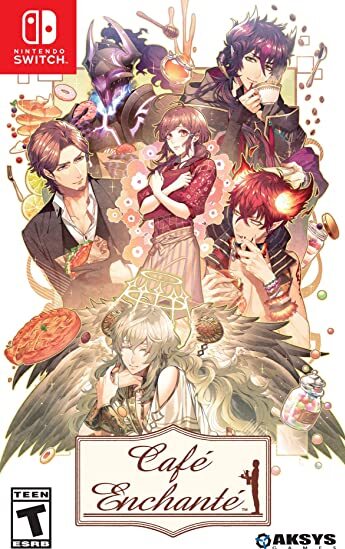 Café Enchanté, is an otome Romance Game. It was developed by Design Factory and Otomate and published by Idea Factory in 2019 with Aksys Games releasing it in English in 2020.

When the heroine (official name Kotone) inherits her grandfather’s Tokyo café, she discovers the shop holds more secrets than anyone could imagine. The café is a meeting spot for beings from multiple, mystical worlds. You’ll meet the king of demons, a humanoid beast, a fallen angel, and more. And when government agents monitoring non-human activities show up at your door, your new café is about to become a lot more colorful.

The Love Interests in this game are: