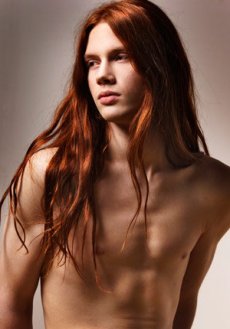 Contrast Barbarian Long Hair when it's used in a Hunk.