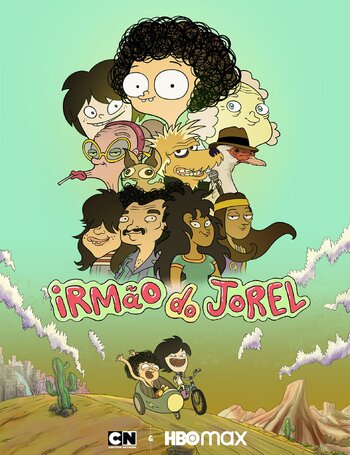 The series takes place in an eccentric Brazilian city, and revolves around the youngest son of an equally eccentric family. This shy boy has always been overshadowed by the popularity of his older brother Jorel, so he is only known as "Jorel's brother". The family also includes: oldest son Nico, who is a slob and a rock star wannabe; athletic mother Danuza and arts enthusiast father Edson; the sweet Grandma Juju and the snarky Grandma Gigi.

Gigi and Danuza appear to share many of the same friends, Granny Juju's only real friends who appear are her garden's vegetables and fruits (which were implied to be only imaginary friends in their first appearance). She used to date Clown Venceslau, but neither of them remember each other anymore.