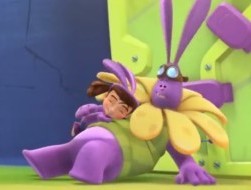 "You and me and all our friends are special, just the way we are."

Kate & Mim-Mim, me and you, let's twirl away to Mimiloo!

The show focuses on the adventures a young girl named Kate and her stuffed bunny Mim-Mim in the imaginary world of Mimiloo. In each installment, the two encounter a problem that must be solved, which relates to something happening back in the real world.

The series aired on Disney Junior in the United States, CBeebies in the U.K., and Knowledge Network in Canada. It ran for 2 seasons between 2014 and 2018.