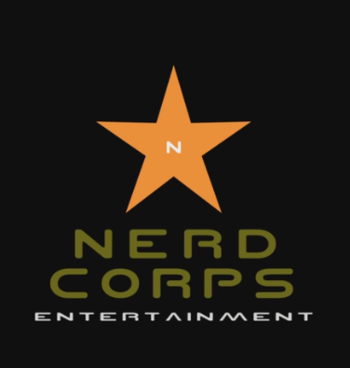 They are best known for creating All-CGI Cartoons like Slugterra, Storm Hawks, and League of Super Evil, almost all of which bear a distinctive visual style that uses 2D sensibilities. Many of them are troperrific Saturday Morning-style action shows that run on Rule of Cool and Rule of Fun, but they've also done a few episodic comedies and even preschool-aimed series. Most of their shows were originally aired on and created for various Canadian kids' networks, including Teletoon, YTV, Family CHRGD, and CBC Kids, becoming among those channels' best-known staples. Outside of Canada, their shows were typically handled by Cartoon Network or Disney XD (and its predecessor Toon Disney). All of their properties are produced and developed entirely in-house, right down to the promotional materials and creative services for merchandising and licensing.

It was acquired by DHX Media in 2014, and as of 2016, Nerd Corps Entertainment is now under the generic DHX Media name alongside fellow Vancouver-based cartoon creators Studio B Productions, which they now share an office space with.