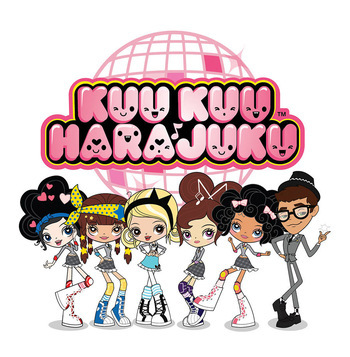 Kuu Kuu Harajuku (originally titled Koo Koo Harajuku) is an animated children's television series co-created by Gwen Stefani for Network Ten. It's a Toy-Driven show based on her Harajuku Lovers merchandise brand. The series debuted on Eleven in Australia on November 1, 2015.

The show is distributed by DHXMedia (now WildBrain) worldwide. Three seasons have aired, although the third wasn't exported to as many countries as the first two. The third season aired on both Eleven and Disney Channel Australia.

Kuu Kuu Harajuku features G and the Harajuku Girls as they live in Harajuku. Together they form HJ5, a band, while their manager Rudie books them for gigs. However, something always interrupts their gigs.