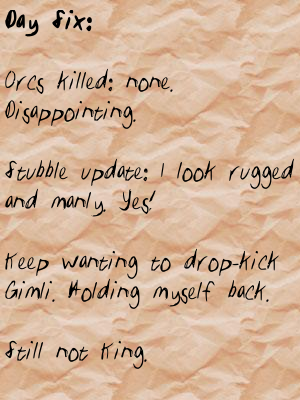 by Cassandra Claire are a comical retelling of The Lord of the Rings films in diary form, in the rough style of the Bridget Jones books.