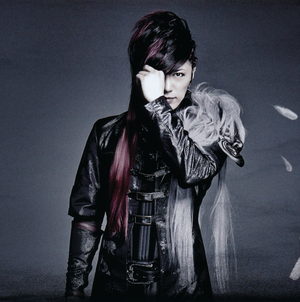 Gackt Camui (born Gakuto Oshiro, July 4, 1973) is a Japanese music artist who is part of the Visual Kei scene. Besides being a singer, Gackt can play multiple instruments including piano, guitar, shamisen, violin, drums, and more

. Gackt joined the band Malice Mizer after their original singer left, but for reasons still hotly contested by fans, he left to pursue a solo career a few years later. He released his first single "Mizérable" as a solo artist in 1999. Since then he's released eight albums and 36 singles. He was a regular on the show Domoto Kyoudai (now Domoto Brothers) up until 2003, and has also acted in several movies and dramas including Moon Child, Fuurin Kazan and Mr. Brain.