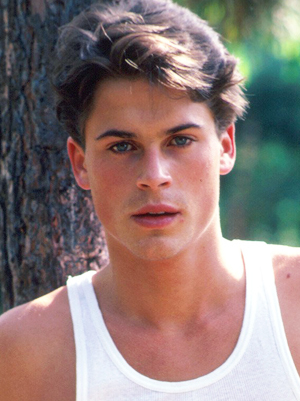 ...and so would you! I mean, look at him!
"Rob Lowe is so pretty that there are a lot of otherwise heterosexual guys out there who look at Rob Lowe and go... 'Yeah, I'd do him...'"
— Bobcat Goldthwait
Advertisement:

Pretty Boys are men of any sexual orientation that possess fine features, tend to dress well, and often can be mistaken for women just on the basis of their looks.

Judging strictly by appearances, they are often thought the opposite of manly. This perception (that they are wimps just because they're pretty) is often vastly incorrect.

This is an index of tropes that deal with these men.