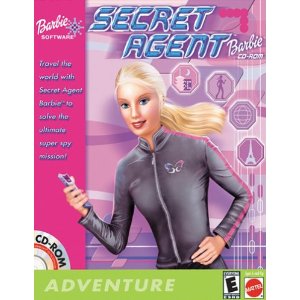 Secret Agent Barbie is an Action-Adventure game for PC. Action Girl Barbie is called on by her good friend Theresa, who is a fashion designer planning her big show. A thief has stolen Theresa’s valuable designs, so Barbie, in pursuit of justice, travels the world searching for clues in hope of capturing the thief.
Advertisement:

Along the way, Barbie’s friends and teammates supply her with the gadgets, training and strategies needed to complete each mission.