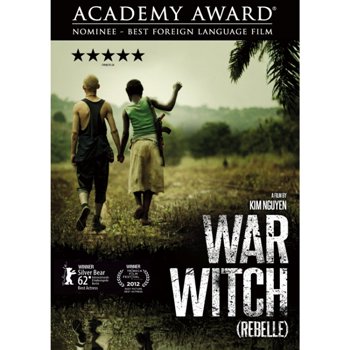 It is set in an indefinite location somewhere in sub-Saharan Africa. Komona is a 12-year-old girl who, at the opening of the film, is kidnapped by a band of rebels...but not before that band of rebels forces her to kill her own parents. The rebels are the army of a warlord called the Great Tiger, and they kidnap children from all over to serve as Child Soldiers in their army.

The children seized by the rebel army are horribly abused and brainwashed into becoming loyal foot soldiers. They are also given addictive drugs in the form of a certain hallucinogenic tree sap called "magic milk". One day, when Komona is marching through the forest while high on tree sap, she hallucinates a couple of ghosts. The ghosts tell her to run, and this saves her life when the enemy soldiers hiding behind the trees spring an ambush. The soldiers of the army come to believe that she is a "war witch" with psychic powers.

The film was nominated for the Academy Award for Best Foreign Language Feature Film and swept the new Canadian Screen Awards, winning 10 including Best Picture.