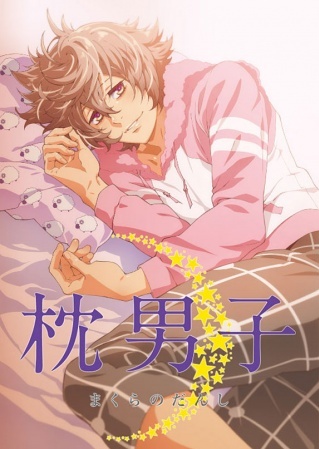 Makura no Danshi (枕男子, "Pillow Boys") is an original anime series that uses a first-person perspective for the viewers. Each episode features a different boy with a different "type" interacting with the viewer. The goal of the series is to "heal the tired hearts" of the viewers, making them feel comfortable no matter what their day has been like.

The series clocks in at 12 short, 5 minute episodes, and also includes 12 short after stories with the DVD set. As it stands, Crunchyroll added the series

to its 2015 summer lineup, minus the bonus episodes.

Tropes appearing in Makura no Danshi include: