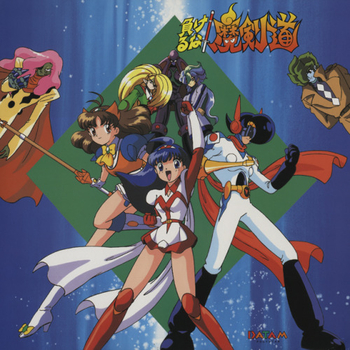 Makeruna Makendo is an anime OVA from 1995 based on a video game of the same name (otherwise known as Kendo Rage). It's about Mai, a Monster Hunter who has grown cynical and tired of her job, and her younger sister Hikari, an energetic if somewhat dense muggle who is very enthusiastic when she finds out about this monster hunting business. Together, They Fight Crime!!