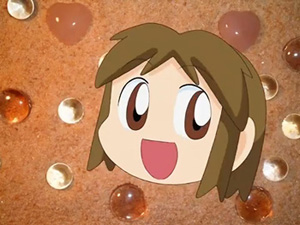 Majokko Tsukune-chan is a surreal parody of the Magical Girl genre. It's sort of like a cross between Sally the Witch and Azumanga Daioh.