He does not let anyone roll the dice. 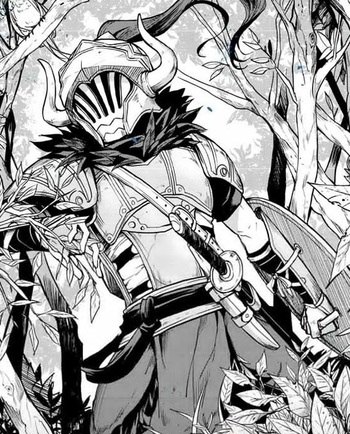 Goblin Slayer in Year One
"I am to goblins what goblins are to us."
Advertisement:

The series' main character, an experienced Silver-ranked adventurer whose only concern is hunting goblins. He doesn't take any other jobs unless they involve goblins.

open/close all folders
A to E
F to M
N to S
Advertisement:
T to Z