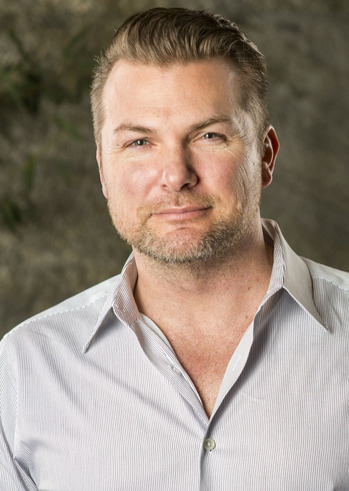 So let's start with describing Brad Hawkins... he's a (A mysterious man in medieval armor shows up out of nowhere). Did I see something burning there? Give me a second.

Sir... Uh... sir, what are you doing? Something's burning and you need to get away.

Wait a minute. Why the heck are you doing that?

Brad Hawkins (born on January 13, 1976 in Plano, Texas) is an American live-action/voice actor, singer and martial artist who became known for his role as Ryan Steele in VR Troopers.

Nowadays, he's known for his singing and his voice acting careers, mostly working with Funimation in Texas, although he also did some work in Los Angeles. He does occasionally does appear on TV shows from time to time.

We can only cross our fingers and hope the page stays updated for a while...
Cross everything...