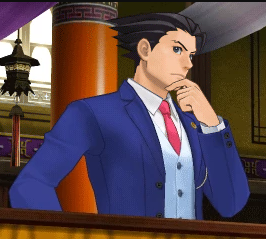 "All you have to do is tilt your head to the left, close your eyes, and let your mind soar like an eeeeeagle."
— Scrubs, J.D. hanging a lampshade on his day dreaming pose.
Advertisement:

A specific type of Character Tic. When Bob is sitting deep in thought, trying to solve a difficult problem, the writers will often provide a tic as a visual shorthand. This move is unconscious, and its main purpose is to underline just how perplexed and frustrated Bob is. Expect to see it happen very often during homework, tests or really tough relationship issues.

Often accompanying it, especially if he isn't alone, will be someone else getting progressively more annoyed by it and finally yelling at him to "Stop that!"

Also see Finger-Tenting, Putting On My Thinking Cap. Can be Truth in Television.

Arlo apparently does this when thinking.

Arlo apparently does this when thinking.