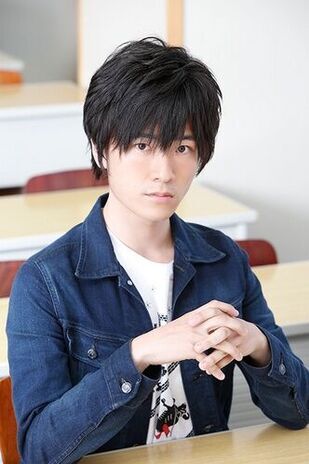 I ask that you chant my name! Tasuku Hatanaka!
Advertisement:

Tasuku Hatanaka (畠中 祐), born August 17, 1994, is a Japanese voice actor who got his start in 2011 as lead character Yuma Tsukumo in Yu-Gi-Oh! ZEXAL. Born in the Kanagawa Prefecture and currently employed by Ken Production. Undergone a bit of Vocal Evolution since his time voicing Yuma into a much deeper voice.

His parents Hiroshi Hatanaka and Keiko Fukushima are voice actors in their own right.

On December 29, 2019, he announced his marriage to his Kabaneri of the Iron Fortress co-star, Sayaka Senbongi.